Four out of Five in one day

The morning drive began with a sighting of “Friend” a solitary adolescent rhino so-named due to his placid, playful temperament. 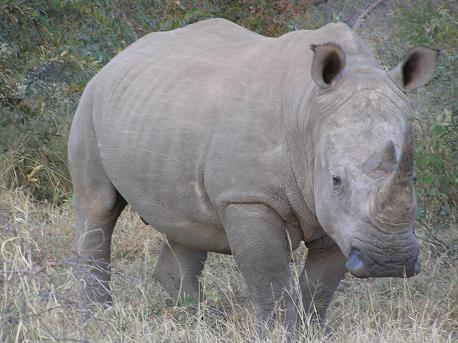 Next we hustled off to catch up with a herd (yes, a herd) of buffalo. There were easily 40 of these nasty-tempered goliaths. 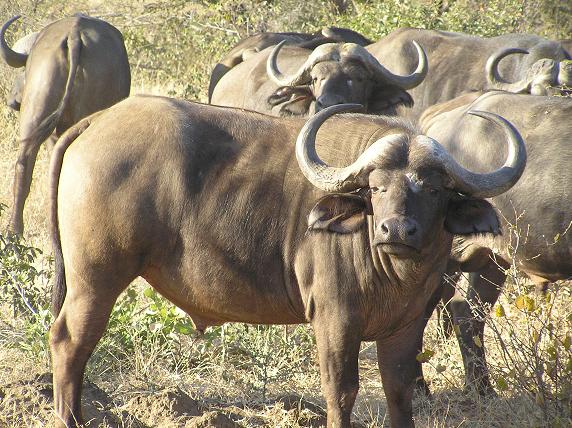 One of the herd. I think he was saying "What choo lookin' at Willis?" in Buffalo tongue

While a few snorted at us we escaped unscathed :-)

The solitude of our afternoon game ride was (can I say shattered?) by “Missy”, “Jamie” and “Bob”, pet names mom bestowed upon the family of three obnoxious (and ever so pretentious) Americans who checked in that day. They wore matching stocking caps with tassels, sang songs together and butted in on conversations to interject contrary opinions in a snobby, know-it-all manner. Worse yet, “Missy” was “uncomfortable” getting close to the animals. Thankfully Shadrack managed to diplomatically overrule her.

Even the Cleaver family could not ruin the afternoon drive, whose highlight was a surprisingly large herd of elephants – at least 30, including calves less than 3 months old: 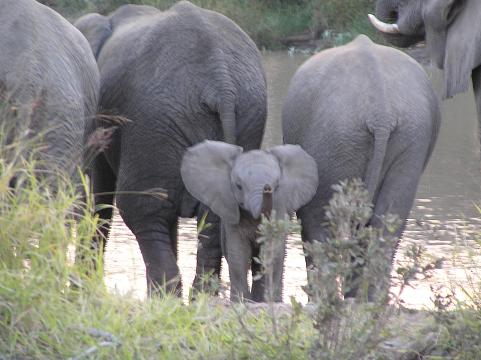 Already thoroughly satisfied by our game spotting, we dared not ask for more, but again thanks to Shaddy and Peter’s skill, more we had. We happened on another pride of lions on the hunt, though we only saw two of the majestic males, patiently awaiting word from their female counterparts. 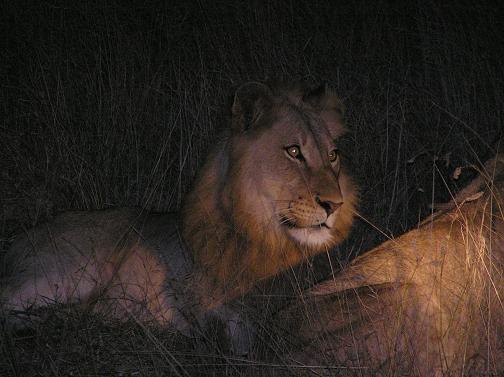 Lions by night. All he’s missing is the remote and barka lounger

We returned to the warm fire to regale those stuck in camp with tales of our adventures, sitting as far away from Mr., Mrs. and Junior Elitist as possible.